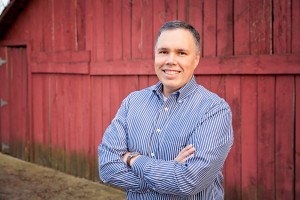 A few months ago, it was discovered that Tennessee had accumulated $732 million in a Temporary Assistance for Needy Families(TANF) reserve fund available for utilization by the state in the form of a recoupment grant.  These are federal funds that the state has available to use in a fiscally responsible manner to assist Tennesseans under certain circumstances. As the TANF process is in the form of recoupment, the state must first spend state funds within certain parameters under federal guidelines, then get reimbursed from the federal government.

Unappropriated and non-recouped dollars from the annual allotment go into a reserve dedicated to Tennessee.  Though our state has utilized TANF funds to assist needy Tennesseans, the unused portion has grown while Tennessee has been only using about a third of what is available.  Over time, the reserve has built up to $732 million. The growth of the reserve led to the concern that the Tennessee Department of Human Services(TDHS) wasn’t utilizing the funds in an effective manner for Tennesseans.

With this concern in mind, Speaker Cameron Sexton appointed me to serve on a joint bipartisan and bicameral TANF Working Group to look into the issue.  I was subsequently elected to chair the group. Goals set forth for the TANF Working Group included providing an action plan of recommendations for the utilization and distribution of the TANF funds in a fiscally responsible manner. Other goals included improving communication between TDHS, the administration and the legislature as it relates to feedback about the fiscal accountability and effectiveness of the program.

We began investigating what had transpired to bring about such a large reserve and had the Tennessee Comptroller of the Treasury office open an inquiry into the funding.  Though on the surface the issue sounded fairly simple, as we began to investigate, we discovered multiple layers of complexity leading to a much more elaborate situation. What we have learned thus far is eye opening and an opportunity for Tennessee to make some positive changes.

First, Tennessee spent state funds above the MOE to the tune of $221 million dollars.  It’s a common practice for states to spend above the MOE to bypass certain federal regulations or avoid fines.  However, if the state meets all the regulations and thresholds, recouping the funds should be a priority. Unfortunately, it appears as if Tennessee did not recoup the overspent state dollars.  At this point, it is unclear as to whether Tennessee can recoup the overspent state funds or if so, how much could be recouped. Our TANF Working Group has made this a priority step for DHS.

Second, as the economy improved, the TANF rolls dropped from around 61,000 Tennesseans to approximately 21,000.  Though Tennessee increased the cash assistance benefit amount, more and more of the $191 million per year was not utilized. Adequate processes were not in place to ensure that all state dollars were recouped, and the process in place to explore fiscally responsible alternative uses for TANF funds was lacking.  Additionally, functional communication to the General Assembly concerning the growth of the unused funds was missing.  Instead, the reserve continued to accumulate to $732 million.

Legislators, constituents, and most importantly, taxpayers have a right to be irate and begs the question “If this is occurring in one department, what is going on in the others?”  The good news is that our Working Group, which was bipartisan and bicameral, functioned in a productive manner. We investigated the issue and put forth initial recommendations for corrective action by DHS, which included recouping Tennessee taxpayer money, changing the culture and processes of the department, and improving communication between the department and the legislature.

One of our recommendations was to open a spring enrollment for 2Gen grant applications with a ceiling on the total grant amount, a priority list for utilization, and a process for reporting back to our group.  The grant application process opened this week and can be accessed at the Tennessee Department of Human Services website.

Understanding that citizens often mistrust government is one of the reasons why I ran for office.  I’ll continue doing my part by holding government accountable and working to ensure our tax dollars are utilized effectively.