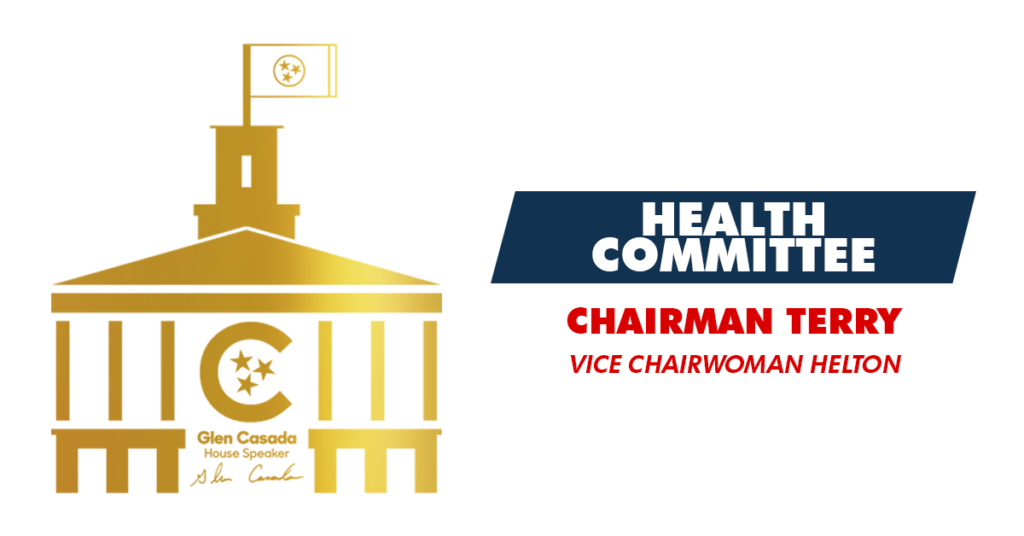 NASHVILLE– The 111th Tennessee General Assembly has just gotten underway, and Representative Bryan Terry, MD (R-Murfreesboro), a Rutherford County anesthesiologist, has been named chairman of the Tennessee House of Representatives Health Committee.  The assignment places him in a position to make a significant impact on the health care of Tennesseans.

“It’s truly an honor to serve District 48 and all of Tennessee in such a vital capacity,” stated Terry.  “I appreciate the faith Speaker Glen Casada has placed in me by placing me in such an important role, and I look forward to the challenges ahead for the betterment of Tennesseans. I’m looking forward to working with Vice-Chairwoman Esther Helton on this important committee.”

Rep. Terry previously served as the House Health Subcommittee Chairman during the 110th General Assembly, and through his efforts, earned the promotion to full chairmanship.  During his tenure as Health Subcommittee chair, he played a pivotal role in addressing the opioid crisis, crafting pro-life legislation, and working to decrease health care and prescription costs.

“The opioid crisis has been one of the biggest issues to face Tennessee,” explained Speaker Casada.  “Chairman Terry showed extreme diligence and determination in helping bring solutions to the crisis. He has a track record of bringing a conservative and thoughtful businesslike approach to his committee and with the issues facing Tennessee, I’m confident that he will serve our state well.”

In addition to Health, Chairman Terry has been assigned to serve on the standing Insurance committee and on the new TennCare oversight subcommittee which function under Insurance.  “Many people are unaware that TennCare is under the Executive Administration’s purview. The new TennCare committee will bring more power and influence to the people. I’m excited about the opportunity to serve on these committees and help make positive changes for Tennesseans,” concluded Terry.

Representative Bryan Terry, MD serves District 48 which is the eastern half of Rutherford County.  His office can be reached at Rep.Bryan.Terry@Capitol.TN.Gov or via phone at 615-741-2180.