NASHVILLE, March 7, 2015– The week of March 2nd through March 6th was one of the most exciting and encouraging weeks at the Capitol so far.

I am a primary co-sponsor on HJR94 the “Stand With Rand Act”. This is a bipartisan resolution that will urge congress to pass Senator Rand Paul’s (R-Ky.) and Senator Barbara Boxer’s (D-Cali.) “Invest In Transportation Act”. The legislation will create a tax holiday that will bring billions of American dollars back to our economy that will be used to fund infrastructure with NO new taxes on American citizens. Many are saying that Tennessee needs to increase the gas tax. I am an advocate for tax-payers. Therefore, if we can bring American tax-dollars home from overseas and fund infrastructure without increasing taxes, then this is an obvious choice. The resolution passed through committee.

Also, The Tennessee Federation of Republican Women honored Speaker Beth Harwell and First Lady Crissy Haslam and they asked me to sponsor resolutions on their behalf.

As always, I am humbled and honored to be your state representative. 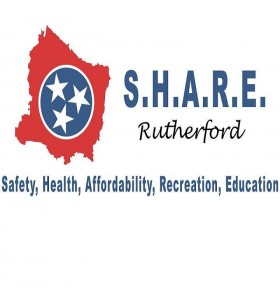 SHARE Rutherford is a new project that will highlight your part of Rutherford County.

Time and time again, whether it is families, small businesses, or CEO’s of companies, the same positive attributes are considered when looking for a location or for relocation. Those are safety, health, affordability, recreation, and education. Tennessee frequently ranks among the top in the nation in these attributes and Rutherford County ranks among the top in Tennessee.

The purpose of SHARE Rutherford is to expose our Rutherford County neighbors to the quality of life we have here in Rutherford County, as well as, bring awareness to potential businesses and families to the advantages our county has including Safety, Health, Affordability, Recreation, and Education.

If you would like to share your part of Rutherford County or know of someone that our neighbors need to know about, you can contact us at SHARERutherford@gmail.com.

NASHVILLE, February 13, 2015– As the week ends, so did the filing deadline for legislation. I found it quite interesting that despite having time to get bills filed, there was still a flurry of last minute activity to get legislation to the clerks office.

As a self governance candidate, I have encouraged participation from constituents on legislation.  Yesterday, I filed two bills on behalf of constituents.  In addition, I co-signed legislation that Central Magnet School debated.  It is a pleasure to be their voice at the Capitol.

As the legislation rolls out, I am excited to see the debate from several members of the general assembly.  In the senate, I am excited to see some bills from Senator’s Nicely, Gardenhire, Dickerson, Briggs, Hensley, Green, Kelsey, Tracy, Ketron and Beavers.  I know I missed some, but those came to the top of my head.

In the house, Reps Moody, Butt, Durham, Lynn, Weaver, Carter, Brooks, Spivey, Matheny, Goins, Rogers, Pody, Sexton, Williams, Haynes, Van Huss, Ragan, Lundberg, Powers, Faison, McCormick, Holt, Womick, Daniel, Hill and Hill have some interesting bills that I have my eye on, have co-signed or are interested in watching the debate.  I’m know I missed someone and apologize for any omission.

As always, I am honored and humbled to be your state representative. 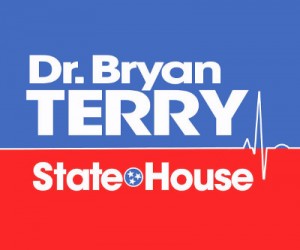 (NASHVILLE) — State Representative Bryan Terry, MD, is looking to spark more youth involvement in politics. To do so, he has partnered with students at Central Magnet School to co-sponsor legislation this session. Mr. Allen Nichols instructs a class at Central Magnet entitled “Contemporary Issues”. The class focuses on teaching students about the Constitution, as well as, debating current topics and issues.

One of the assignments for the students was to volunteer on a political campaign. “Before school started, several of the students helped during my primary. When classes began, students were asked, as an assignment, to volunteer on various campaigns. I had probably twenty or so Central Magnet students get involved in my campaign in some capacity,” said Terry.

After the campaign, Terry thought about how he could pay back Nichols and his students, as well as, get them further involved in the legislative process. Terry reached out to Nichols with the idea of presenting the class with some legislative ideas that he looked to sponsor. If the Contemporary Issues classes could debate the issues and choose a topic, then Terry would sponsor or co-sponsor the legislation and keep the class up to date on the legislation.

“I have the pleasure of teaching high school seniors contemporary issues. In our class, students get involved in citizenship by volunteering for local campaigns and simulating legislative sessions over real proposed bills. This year has been most exciting with an election and a new legislative session for the Tennessee General Assembly,” said Nichols. “Students enthusiastically debated several bills that are being brought up in Nashville. As a result of our class time devoted to current legislation, these students are more in tune to proposals that will have an impact on them and their families. While they had differing views from across the political spectrum, students appreciated the opportunity and are already seeking new opportunities for additional bills.”

In deference to the class and Nichols, Terry said he would not make public the students’ choice nor their comments.

“There was spirited debate on the issues with one topic appearing to generate an overwhelming positive response. As the legislation goes through the process, I will keep Mr. Nichols and the class informed on the status of the bill,” said Terry. “As legislators, we must reach out to the youth and encourage their involvement in government. Article one, section one of the Tennessee Constitution says that the power is inherent in the people. It is one of my goals to help empower constituents and the youth through self-governance. I appreciate their enthusiasm and participation.”